It's Time to Take Your Power Back

Does it feel like life is out of your control?

Have you experienced a loss and
want to feel balanced again?

you are making the RIGHT choice
even in times of radical change?

If so, join me for Navigating Change Live Training:

What:  Mindset & Coaching Navigating Change:  It's Time to Take Your Power Back

Opt-in below to get access to the live training. 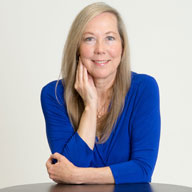 Since 2005 Aryana has worked with over 1,000 clients teaching them how to access the power of their unconscious mind to accomplish their goals.

Over the years, she saw a common pattern.

She found that many people were blocked from accessing their inner potential.

Try as they might, they would clear belief and belief, but that peaceful manifesting presence was still illusive.

That was when she realized that when people go directly toward aligning with their True Self the blockers have less influence so instead of learning from failures they learn from their successes!